“Hi, Cheryl. Guess what, I’ve changed my lucky number.”
“No more 36? Ethel, why do you call so early?”
“I waited till nine.”
“On Sunday that’s early. What’s the new number?”
“23.”
“Oh, Michael Jordan.”
‘No, silly, you know I don’t like basketball.”
“The Lord is my Shepherd? And, don’t tell me you aren’t religious anymore.”
“I’m still Catholic and that’s my favorite verse, but not it.”
“Well, I’m done guessing, so tell me or get off the phone.”
“You know my interest in Cytogenetics, 23 is the number of chromosomes in a human sex cell.”
“I’m making coffee now.”

The pen wasn’t worth anything, but Maddie pocketed it anyway.
Jerry saw her do it and didn’t do anything. Maybe if it was one of the Cross ones, but this was a Bic.
As store manager, Jerry figured he had the right to look the other way, and this kid looked like she could use a little ‘looking the other way’.
He followed her, slyly he thought, thru the office supply section and watched her pocket a notebook.
She turned and looked at him, eyes of sadness, not fear, and it looked like she was about to cry.
“Hey, it’s all right. You aren’t in trouble, I’m the boss and I won’t tell myself what you are doing.” Hoping for a laugh.
She looked from right to left. “Hey don’t run. Let’s go get some ice cream and talk about this.” Kids like ice cream, Jerry does, and his store has good ice cream.
Maddie agreed, and with a cone in one hand and her bic pen in the other she poured out her heart to him. The school has no money to give out pencils and paper and she has an English assignment due, her mother has no money, she is only nine and has no job, neither does her mother.
Jerry listened to her, asked the name of her teacher, and took her back to the office supply section, stopping to get a cart first.

Your line for this week is:  The pen wasn’t worth anything, but Maddie pocketed it anyway. That was the prompt for First Line Fridays at Mindlovemisery’s Menagerie. Dylan Hughes is in charge, head on over and check out the stories, maybe add one of your own.

This was interesting to write, because when I saw the line I had to use, I immediately thought of something I saw on the news the other night and the story formed instantly. That’s my kind of flash fiction. I usually write 100 words, but this one went elsewhere, and I didn’t need Ethel & Cheryl’s help this time.

I got this message from my sister Mariya after she read this story. I thought I would share it… Good story! It is so true, even in my time of public school teaching 20 years ago. I cried reading it. I cannot tell you how many supplies I purchased, including books to keep, for kids whose parents just couldn’t because they were so broke, or because the parents had other problems and the children were neglected. Many teachers do this, even on their low-paying salaries compared to the amount of responsibility and workload involved in the job. 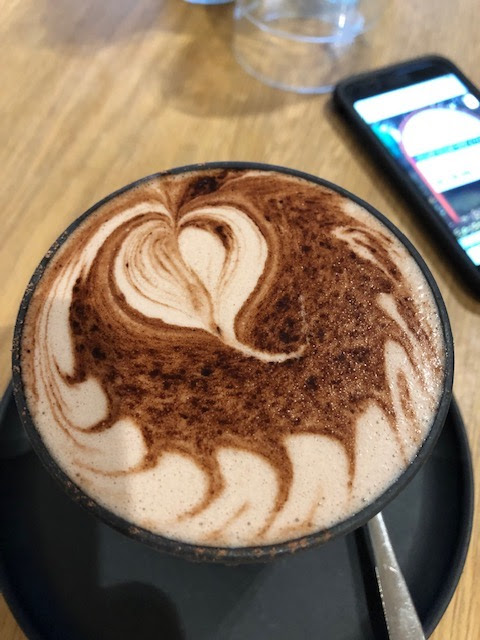 “Hey, Ethel, I’m stopping by Starbucks on my way over. Want coffee?”
“I only drink tea, Cheryl.”
“Oh really, since when? You had a latte at lunch yesterday.”
“Since last night. I read coffee is bad for you. It’s a stimulate, you know.”
“Everyone knows that. In moderation it’s fine, you just don’t know how to moderate. And, you are hyper enough without any added stimulation, Ethel.”
“Well, thank you for that, Cheryl.”
“Well, I’m stopping, they have a new Cinnamon Cloud Macchiato on the menu I want to try.”
“Cinnamon? Macchiatos have caramel. Okay, pick me one up, please.”

“I told you he was a snake oil salesman, Ethel. Didn’t I?”
“You said something like that.”
“I said something exactly like that.”
“Well, I didn’t know what charlatan meant, you can’t blame me.”
“Someone selling free HBO for life in front of the Jewel? Course it didn’t work when you got home!”
“He seemed so honest, Cheryl.”
“All quacks are.”

Want to take part in the WEEKEND WRITING PROMPT? Write a story or poem with just 61 words, no more no less, and send it to Sammi Cox.

Hélène Vaillant at WILLOW POETRY has a photo prompt that jump started this story.

This is my first time here at What Do You See. When I saw this fabulous prompt I thought of something that happened south of Seattle, near the Museum of Flight yesterday, as a massive storm descended on the area. (This is not Ethel & Cheryl speaking for a change)

SEATTLE’S KOMO NEWS… Tukwila, Wash. — Two people nearly died after a massive power pole impaled their windshield in a chain reaction that brought down one pole after another. First responders called it a miracle that the people survived the massive power pole crashing on top of their car as they frantically worked to get them out alive. The pole that toppled onto the car still had live wires, posing a challenge for rescuers. Both were taken to a local hospital with injuries that are not life-threatening.

“Silence is golden, Ethel, you should try it.”
“So, I talk too much, Cheryl?”

Want to take part in the WEEKEND WRITING PROMP? Write a story or poem with just 15 words, no more no less, and send it to Sammi Cox.

Congratulations are in order, Sammi. This is your one hundredth prompt. I’ve done eight and enjoyed every one of them.